Closing the loop of a brownfield redevelopment

Our project on the rue Delva completes the transformation of a formerly industrial superblock in the northern part of Brussels into more urban and residential functions. Amongst the main industrial activities present in the block were the gasometer of the former Esseghem gas plant, the spirits and wine Etablissements Fourcroy, the industrial machinery manufacturer Stork Frères et Compagnie, and a large stonemason’s workshop.

Occupying the western half of the block, the gasometer was the first of the sites to be converted. While a few original buildings were transformed into apartments, most of its former industrial structures were demolished in the early seventies to give way to a mega-housing complex designed according to the principles of the international style.

Four decades later, conversion of the eastern side of the block started. In 2012, the former offices of the Stork Frères company were transformed into loft apartments while its former warehouse was demolished to create a small inner block townhouse development and a general alimentation store. 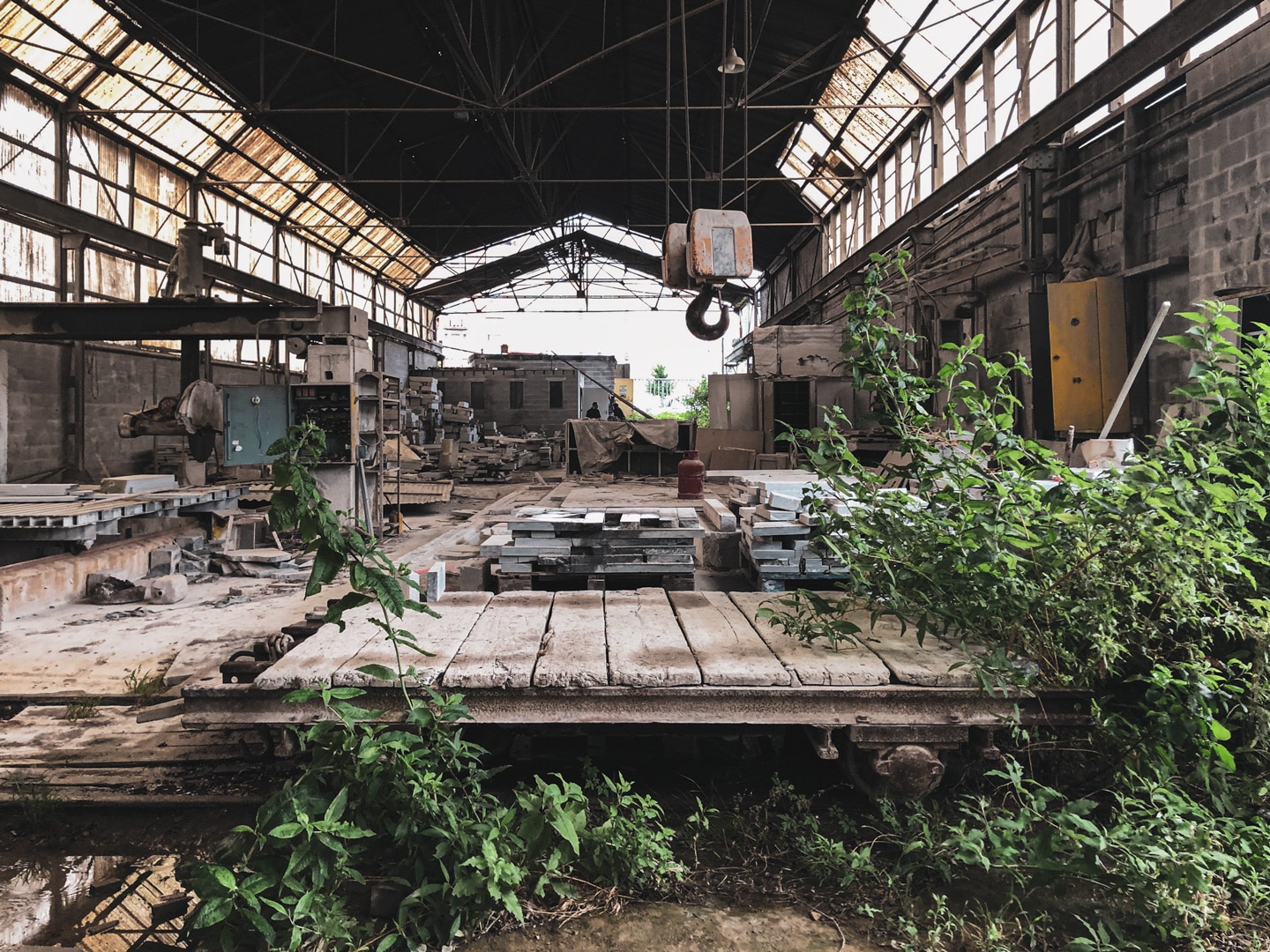 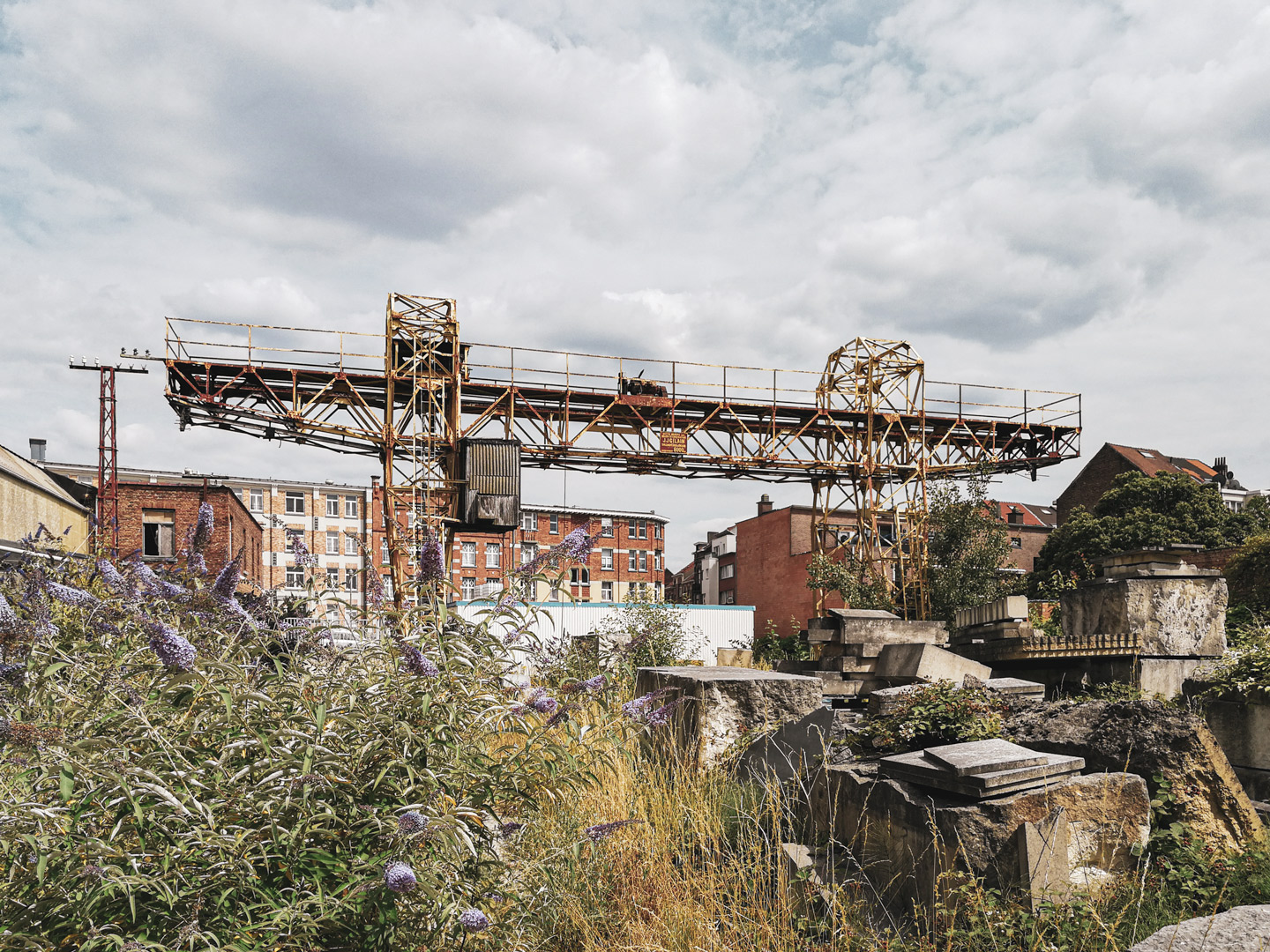 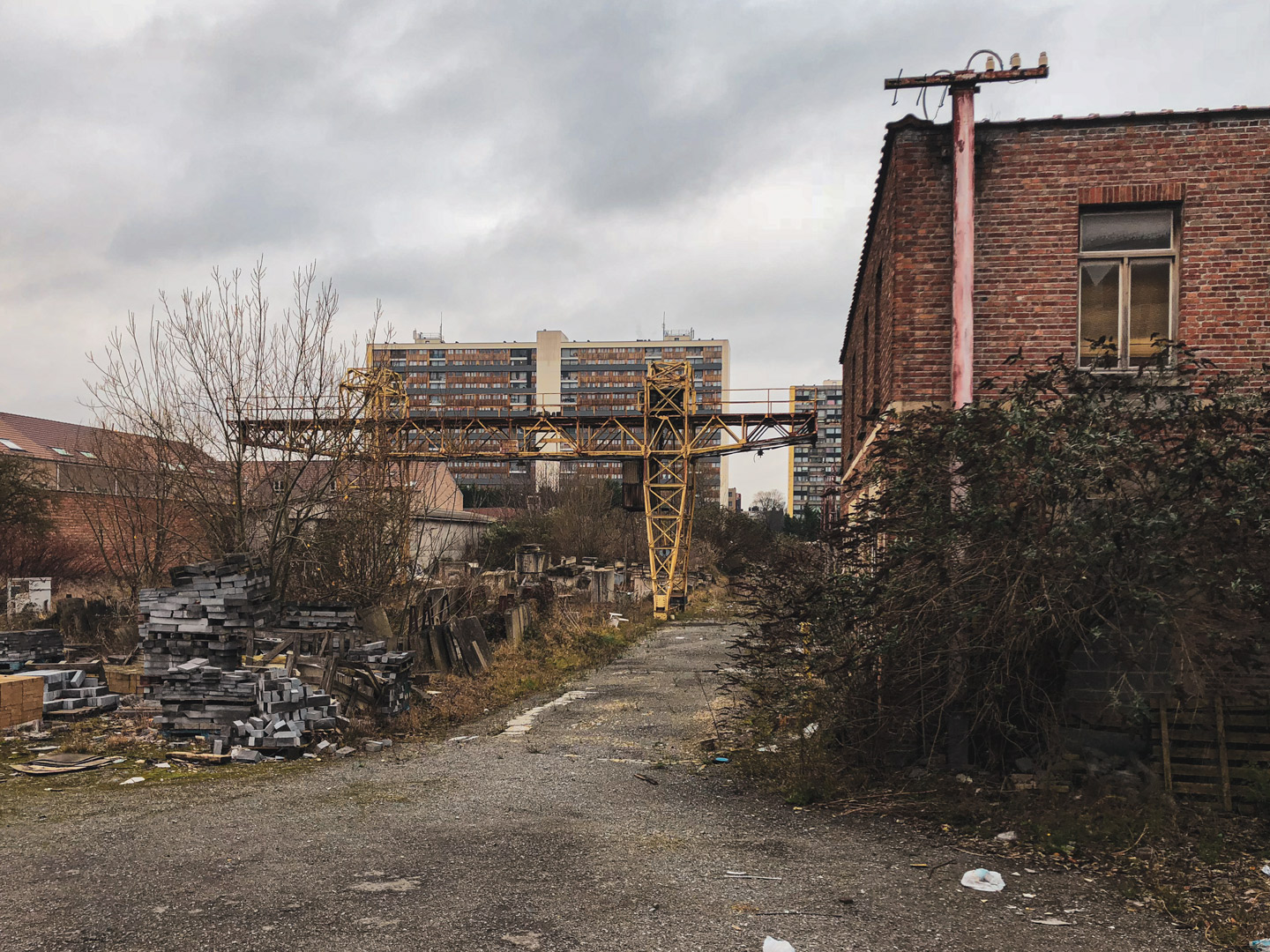 When we were commissioned with the Delva project, the facilities of the Fourcroy Establishments, who had moved out of the neighbourhood in 2005, had been demolished and works were about to start on the Hippodrome Project, a mixed used scheme encompassing around 400 apartments, a retirement home, a small daycare facility and a few shops.

Our site, the former stonemason’s workshop which had been abandoned since years, was the missing piece of this urban redevelopment. Located at the intersection of the rue Delva with a new street created in the Hippodrome project, it faces the listed façades of the Foyer Laekenois apartment complex, a beautiful Art Deco ensemble built in the early twenties by a group of architects including Joseph Diongre, Adolphe Puissant, Paul Bonduelle and Jean-Baptiste Dewin.

Our project is designed in a « L » configuration alongside the two streets, thus contributing to the restoration of a clear and coherent urban structure in an early XXth century neighbourhood characterised mostly by perimeter blocks. Such tried and non-invasive urban morphology - building on the periphery of the block- also seemed to us as the most peaceful way to complete a decade of urban redevelopments that had stirred many worries and concerns amongst local residents. 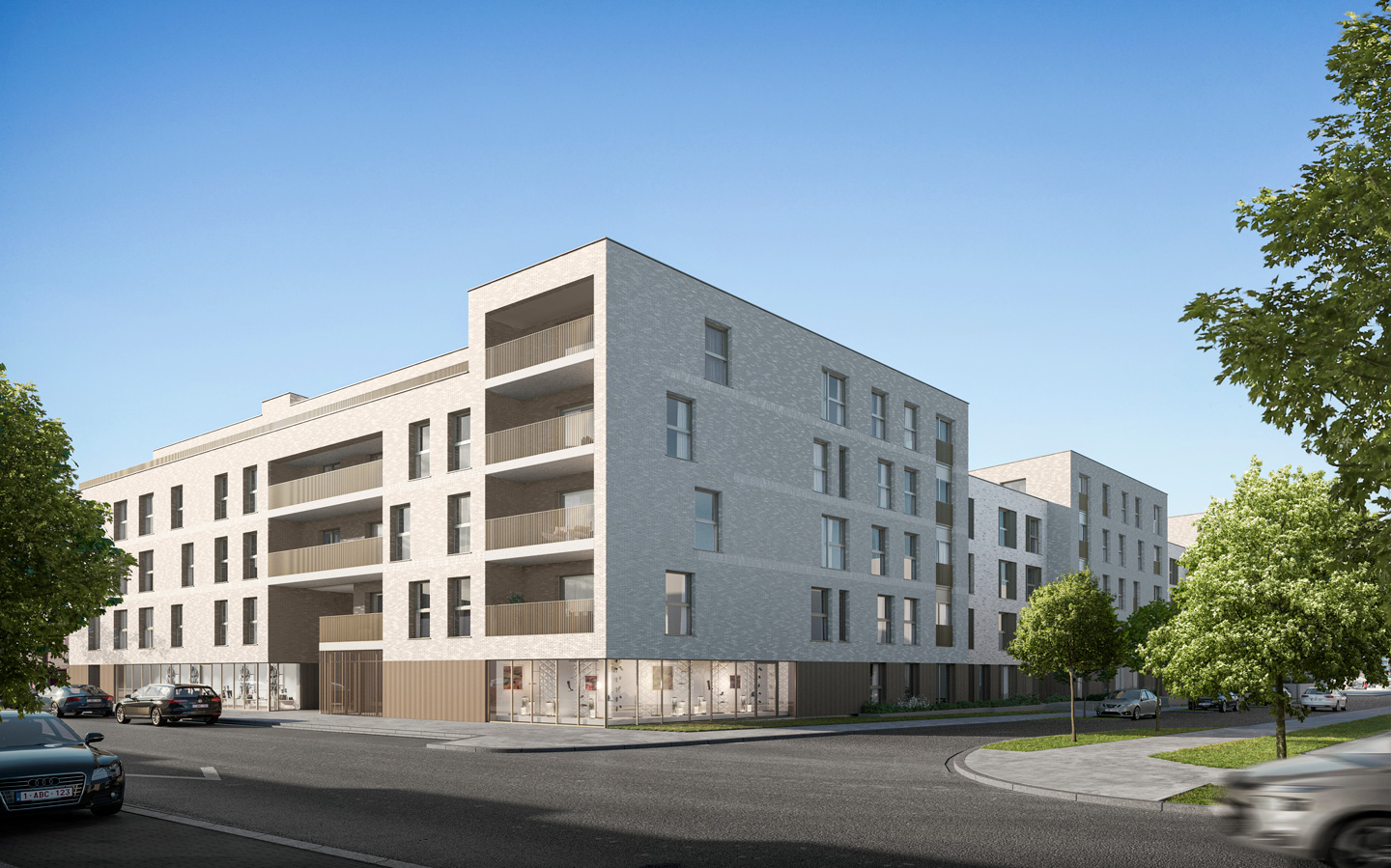 The peripheral layout of the construction leaves ample space for the creation of a wonderful shared garden at the heart of the block, benefitting not only the residents of the project but also the residents of neighbouring complexes who enjoy improved views, better air quality, less noise, more freshness and enhanced biodiversity. 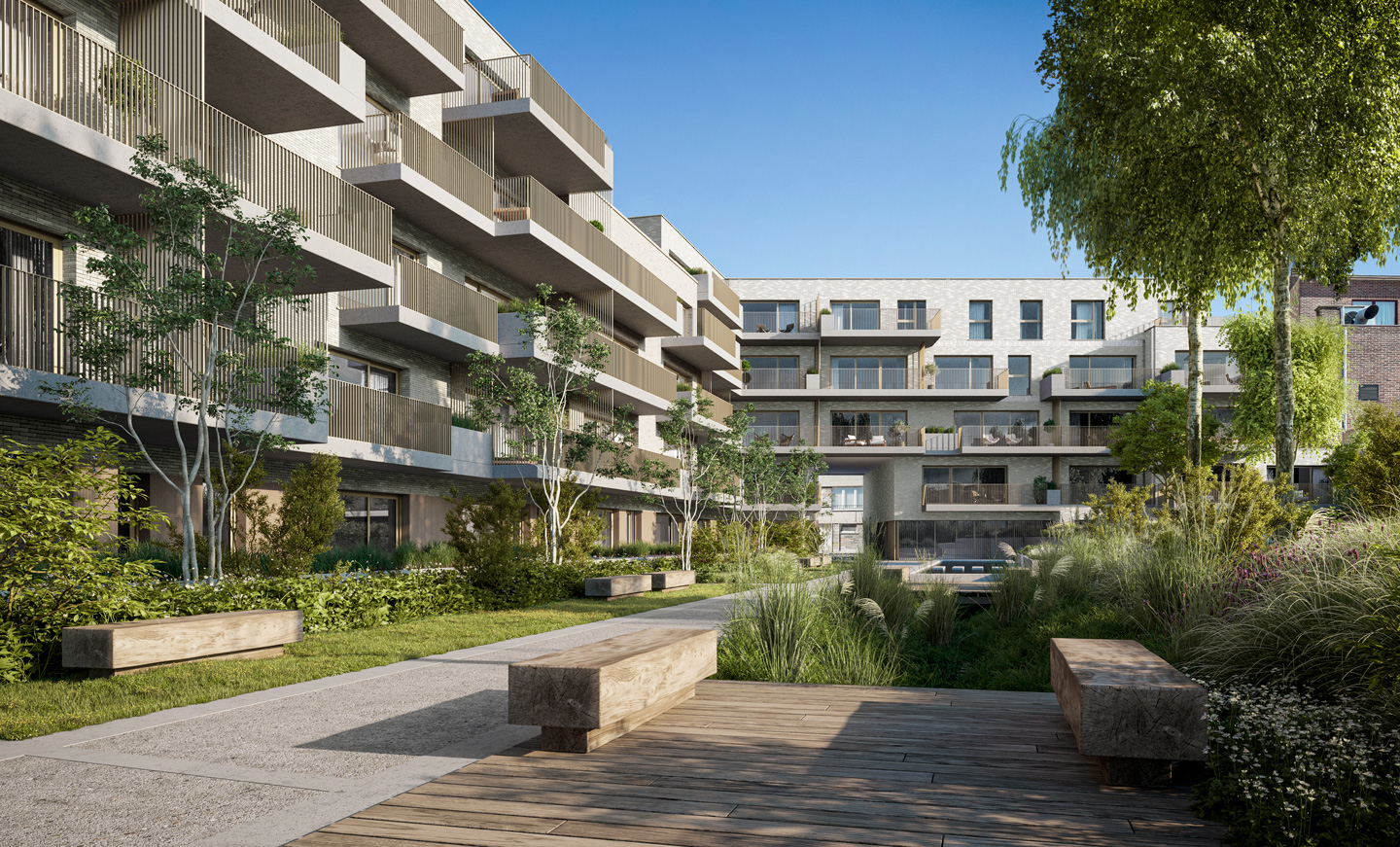 The project comprises 82 apartments and 3 groundfloor commercial spaces. Each vertical core has both a street entrance and a garden entrance to encourage the use of the shared garden. Additionally, from the rue Delva a large opening can also serve as main entrance to the complex while allowing passersby to peak into the garden from the public space. It is flanked by two easily accessible groundfloor bike storage rooms to help foster the use of soft modes of transport amongst residents.

Along with setback and volumetric variations, the main opening, the commercial spaces and the succession of entrances all contribute to the liveliness of the streetscape  alongside the combined 140 m length of the new façades. 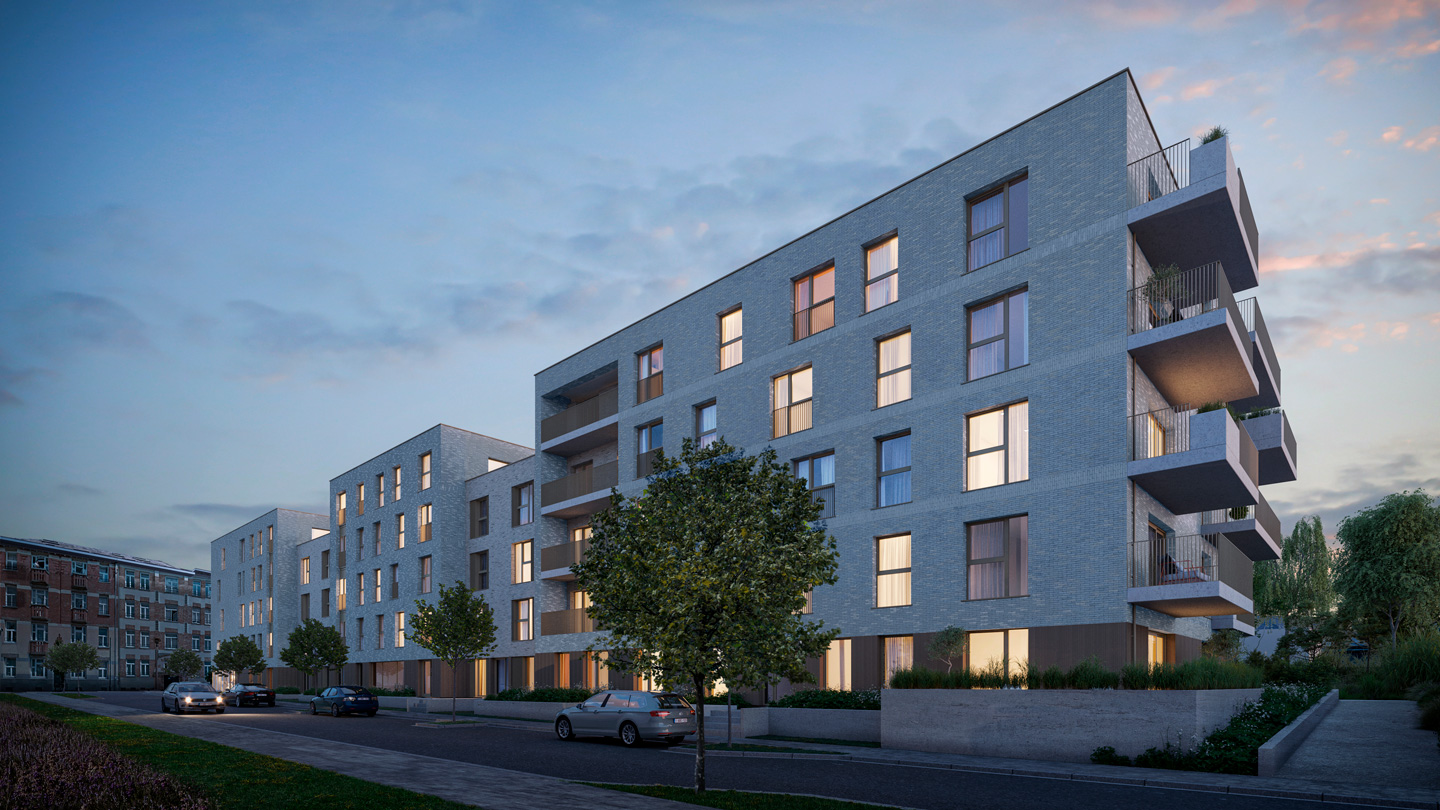 Though most living rooms, terraces and balconies are turned to the quiet and sunbathed garden views, terraces and balconies are also provided on the streetside. In combination with strips of vertically bond bricks underscoring the floorplates, the resulting presence of ironworks in the façade composition care for a gentle dialogue with the soberly ornamented architecture of the listed buildings across the street.

With its 3000 sqm area, the garden is the size of a small urban park. With such dimensions, it is an incredibly special place in the midst of a rather dense urban fabric such as Laeken. It can accommodate a wide array of activities ranging from quiet meditation to gentle strolling, kid’s play and even occasional recreational sports activities. A haven for families and for transgenerational encounters. 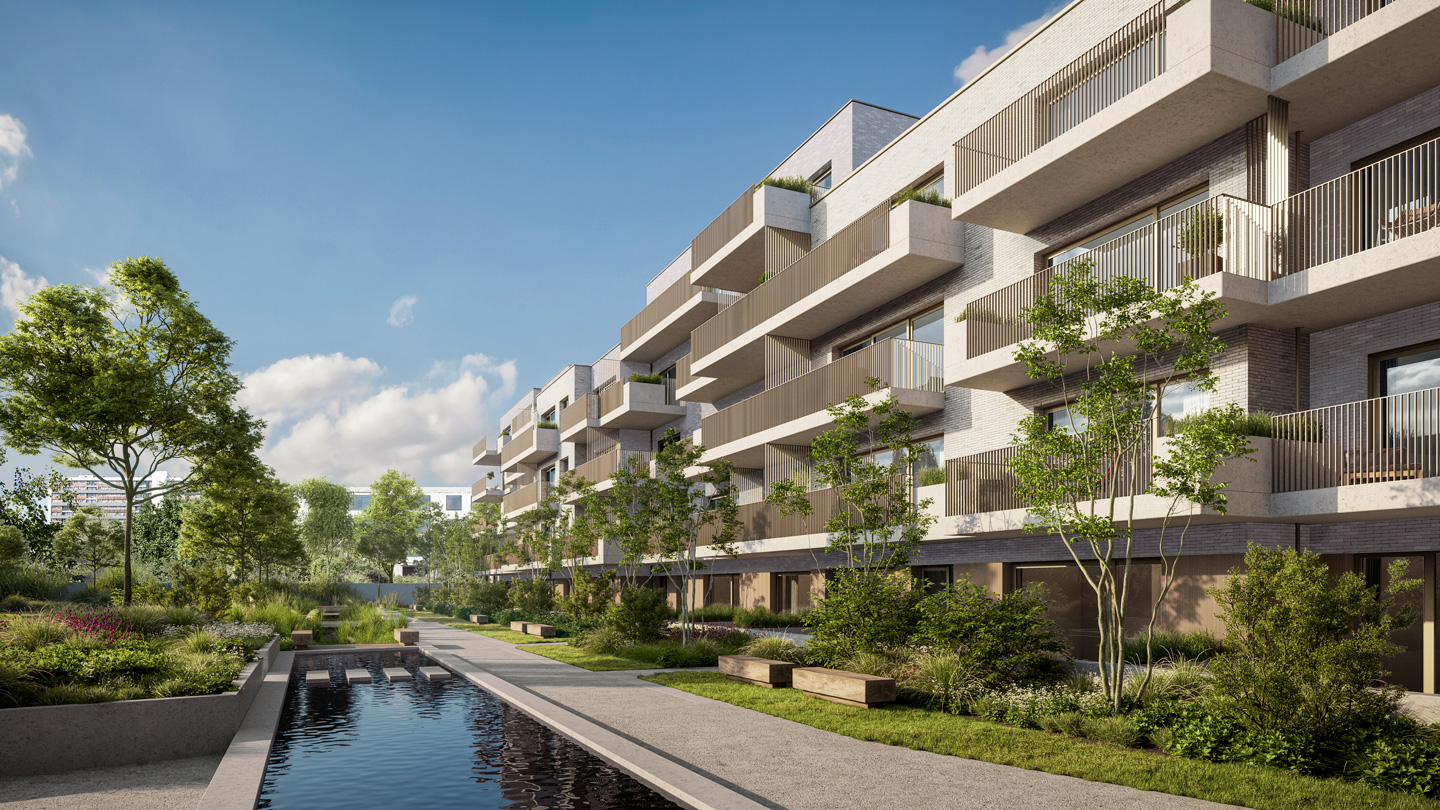 From the gates, a main alley runs alongside the building giving access to the garden facing entrances. On one side, a generous spread of shrubbery guarantees the privacy of the terraces of the groundfloor apartments while on the other side, a swale collects and infiltrates rainwater on the site. The swale is landscaped with plants adapted to moist conditions and crossed by small wooden platforms giving access from the main alley into the garden itself. Near the entrance, the swale is punctuated by a peaceful elongated basin that greets residents with the gentle murmur of its small fountain. 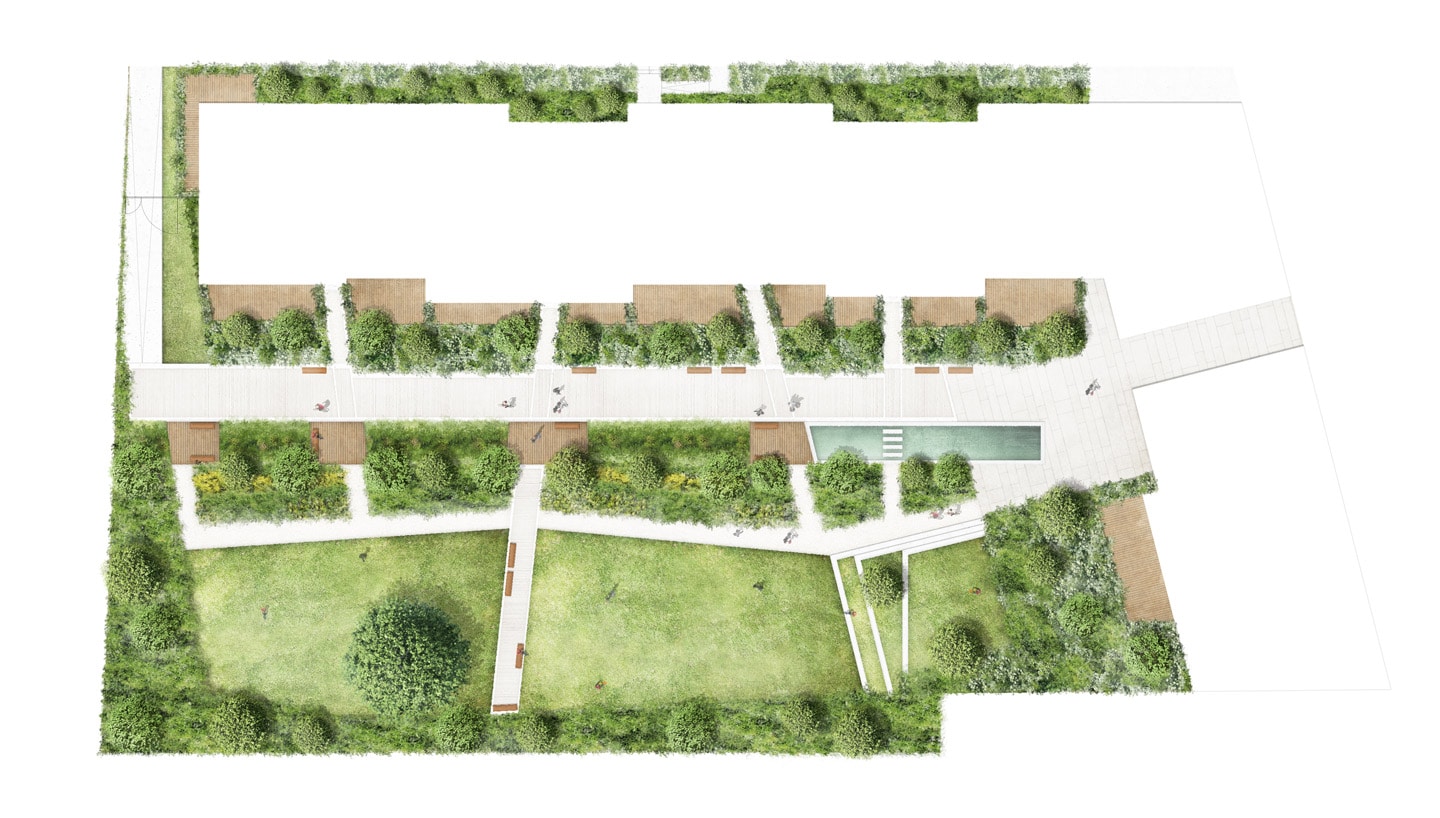 Two large lawns occupy the center of the garden, surrounded by secondary alleys and equipped with a few benches. Alongside the southern and western walls of the site, a layering of shrubs and mid-sized indigenous trees provide intimacy to the neighbouring dwellings while a majestic freestanding solitaire tree visually punctuates the diagonal of the site. Above the underground parking, the garden is raised to provide sufficient soil for planting. A few steps ensure the transition to the raised area and can serve as informal seating to the users of the garden.

Along with the careful choice of plant species and the wet area formed by the swale, a balance of late and selective mowing practices will participate in the restoration of a biodiverse ecosystem in the neighbourhood.

Though the pre-existing constructions themselves were of no particular historical interest, in collaboration with local authorities, special attention was given to the memory of the site. As witness to the history of the site, imposing stone blocks left there when the last stonemason stopped his activity, are recuperated as compositional items in the landscaping of the garden. Similarly, leftover stone slabs are cut and used as pavements and borders while a few intriguing pieces of machinery such as an old cart are set here and there to tickle children's imagination.

Other artifacts representative of the site’s former activity will be preserved off-site. Few will be donated to La Fonderie, an association and museum focused on the rich industrial history of the Brussels region contacted during the course of the planning application procedure.

Too imposing to be integrated in the garden and redundant with some pre-existing item in La Fonderie’s collection, the beautiful freestanding exterior bridge crane, by far the most impressive remnant of the site’s past glory, was donated to the Verbeke Foundation near Antwerp, were it will be reused as part of an art installation. 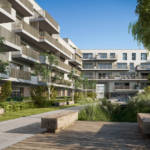 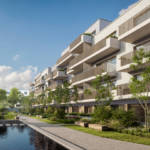 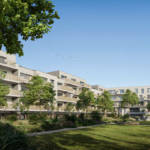 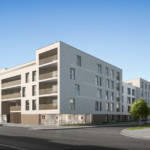 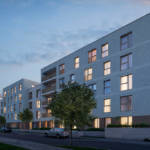 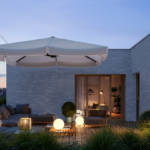 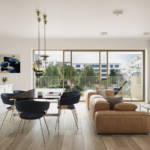 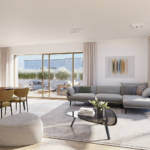 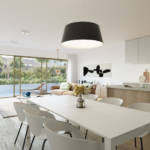 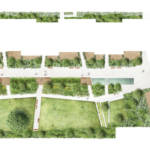 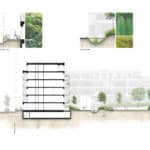 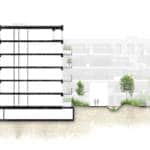 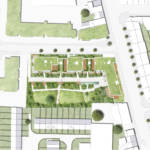